By the Pricking of My Thumbs

By the Pricking of My Thumbs

By the Pricking of My Thumbs is the tenth episode of Season One of the Outlander television series.

Jamie hopes the newly arrived Duke of Sandringham will help lift the price from his head, while Claire attempts to save an abandoned child.

The episode begins with Claire and Jamie enjoying a passionate morning. They cease as Murtagh pounds on the door repeatedly. He enters to speak to Jamie, humiliated as he realizes what he interrupted. Murtagh announces that the Duke of Sandringham is coming to the castle, getting Jamie's hopes up, as he knew the Duke of Sandringham and believes he might lift the price off his head. Claire, who knows that the Duke is Black Jack's patron, warns Jamie against it, but rather than heeding her advice, he goes instead to see Ned Gowan, who informs him that should he bring up a petition against Black Jack Randall, the court might pardon him.

Meanwhile, Claire confronts Laoghaire, who says that Jamie Fraser is hers and always will be. Claire slaps Laoghaire, who retorts that she got the ill wish from Geillis. Claire finds Geillis dancing naked in the woods, doing a pagan ritual eerily similar to the one the women did at Craigh na Dun. She realizes Geillis is pregnant, and learns that she has been having an affair with Dougal MacKenzie, who is married. Geillis shows Claire a gift from Dougal, which he got from the Duke of Sandringham. From her conversations with Frank, Claire remembers that the Duke was a suspected Jacobite sympathizer. Claire hears a baby crying, and Geillis warns her not to find it, as it's a Changeling, though she goes anyway. She arrives to find the baby dead, and Jamie tells her to leave it be - the parents will assume that the Changeling died and that their child will grow up happy with the faeries.

Jamie tells Claire what Ned told him - Black Jack assaulting an Englishwoman such as herself is a black mark of which he could never rid himself. Claire is unhappy, but Jamie convinces her to sign the petition so they could reach Lallybroch. She goes to visit the Duke of Sandringham, unknown to Jamie. Claire insinuates that the Duke would refuse the petition because he is friends with Black Jack, though the Duke called them "libelous falsities" and refutes her claim. Claire asks how much Jacobite gold Dougal gave the Duke, to which he stiffens. She threatens him with revealing his alliance with the Jacobites, to which he responds with a threat to execute her. He nonetheless agrees to help Jamie.

Angus and Rupert inform Claire that Dougal's wife has died, and that he has gotten drunk and angry. They ask her to bring a sedative. They spiked Dougal's drink, and he passed out. Claire speaks to Geillis, who says that her dance did its trick, though Claire is skeptical. Geillis says she and Dougal can now be together, though Claire points out that Geillis is still married - Geillis smirks.

Jamie arrives at the Duke of Sandringham's with Murtagh to present the petition of complaint against Black Jack Randall. They notice that another clan, the MacDonalds, were visiting the Duke. The Duke admits that shielding Randall from the repercussions of his misdeeds is a tough job, but that this favor would require a favor in turn. He says that the MacDonalds had challenged him to a duel, and asks Jamie to be his second in the duel. Murtagh is reluctant to allow Jamie to do this, but Jamie is insistent on having his chance to return to Lallybroch.

During a dinner with Colum, Dougal and the Duke at the Castle, Claire admonishes the Duke for bringing him into a duel, and promises revenge if Jamie is hurt. Shortly after, Arthur Duncan (Geillis' husband) begins choking. He dies before Claire can save him, and she realizes that he was poisoned with cyanide, as she smells almonds, a sign of the poison. Geillis was not upset by the death of her husband, and Claire realizes that Geillis had killed him.

After the duel, during which no one was hurt, Jamie and the MacDonalds exchange unfriendly banter, leading to a swordfight. Jamie and two of the MacDonalds are injured. Colum summons Jamie, who walks in to see Colum exiling Dougal. He orders him to go back to his home, though Dougal is reluctant to leave Geillis, as he loves her and she is carrying his child. Colum responds that the child is Arthur Duncan's, Hamish is his own, and there will be no marriage between Dougal and Geillis. Angry at Jamie's spilling of the MacDonalds' blood, Colum also banishes Jamie to stay with Dougal, and says that Claire may not accompany him. Jamie advises Claire to stay far away from Geillis, and then leaves.

Claire helps Mrs. Fitzgibbons with a burn, and the latter recognizes Claire's anguish at being far from Jamie. Claire gets a note from Geillis instructing her to come quickly to her home, and she rides off. Geillis tells Claire she did not send a letter, and Claire is worried. She accuses Geillis of poisoning Arthur Duncan. Wardens bang down the door, and they arrest both Geillis and Claire for witchcraft. As she's being escorted to the thief's hole, Claire notices Laoghaire looking on with satisfaction.

By the pricking of my thumbs,
Something wicked this way comes.[1] 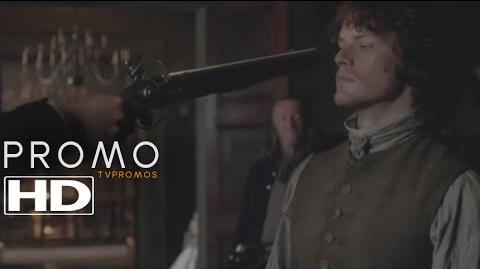 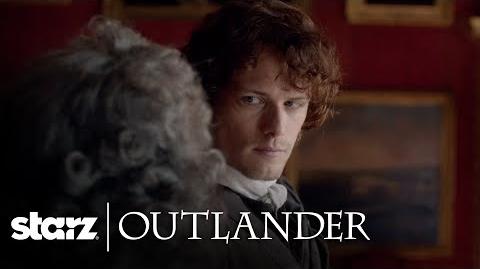 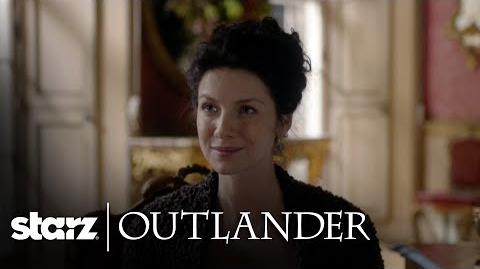 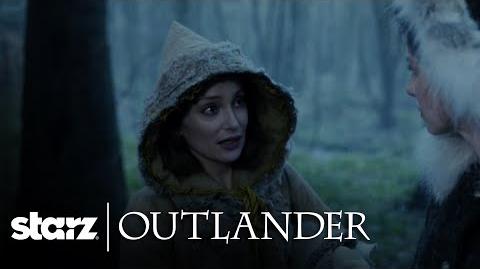 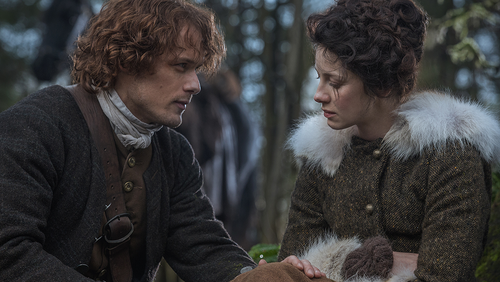 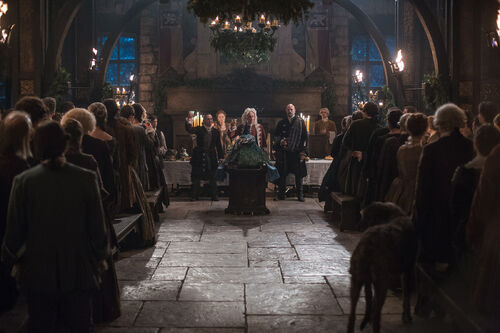 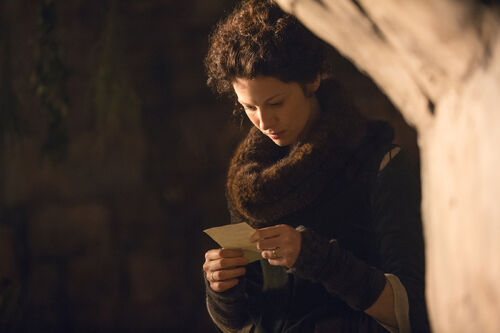 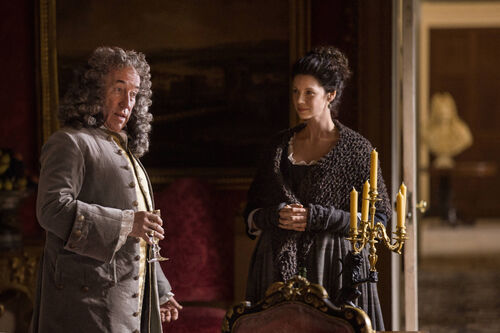 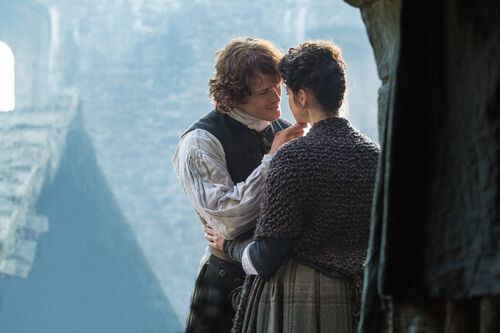 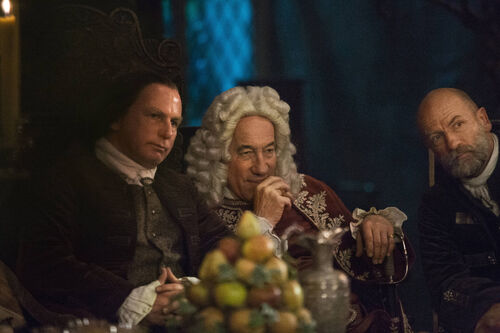 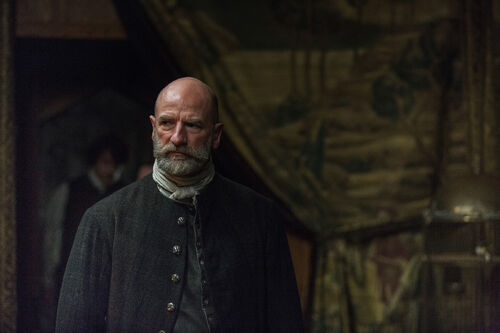 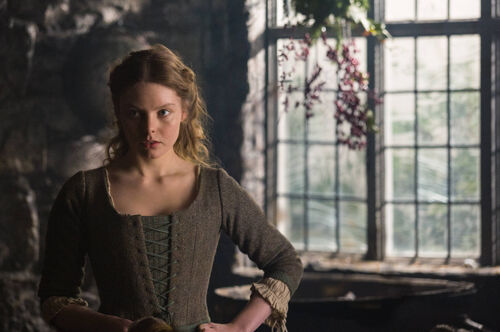 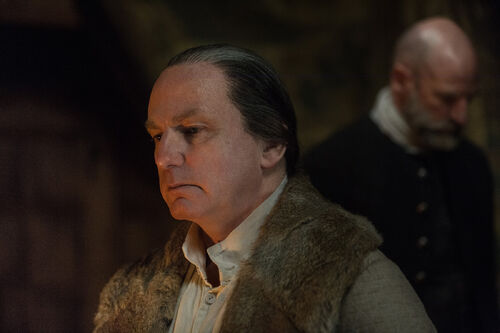 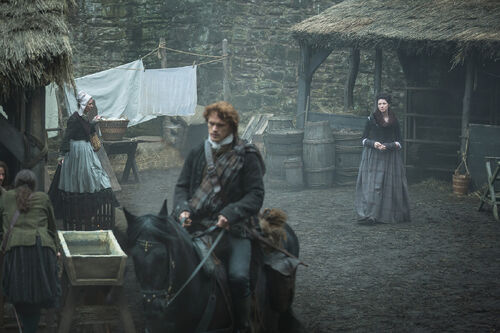 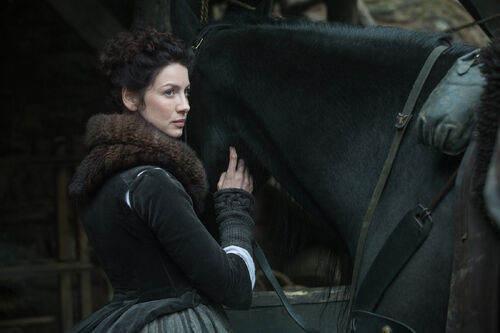 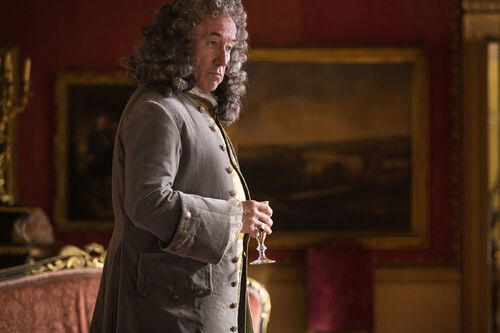 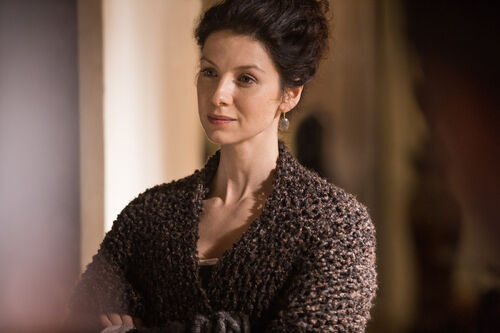