Outlander Wiki
Register
Don't have an account?
Sign In
Advertisement
in: Episodes, Season 3 episodes, Written by Matthew B. Roberts,
and 2 more

All Debts Paid is the third episode of Season Three and thirty-second episode overall of the Outlander television series.

In prison, Jamie discovers that an old foe has become the warden – and now has the power to make his life a living hell. Over the years, Claire and Frank both put their best foot forward to share a harmonious marriage, but an uninvited guest shatters this illusion, bringing their differences to light.

In Scotland 1755, 3 years after Jamie's surrender at Lallybroch, Major John William Grey is appointed the new governor of Ardsmuir Prison. Jamie has been living a somewhat stable life, having been reunited with Murtagh who is revealed to still be alive though he is ill. The prisoners refer to Jamie as "Mac Dubh", and he acts as their spokesperson.

When a deranged Highlander named Duncan Kerr is found wandering the moor, mumbling in an incomprehensible mixture of Gaelic and French about a treasure that is "cursed", Grey enlists Jamie's help in translating in order to discover the treasure's whereabouts. Jamie initially refuses; however, after Grey promises to remove his shackles and provide medicine for Murtagh, he agrees. At first Kerr speaks mostly gibberish, but Jamie's feels a spark of hope when Kerr mentions that the "the white witch". Believing that it might be Claire returned to him, he escapes without detection.

Grey orders scouting parties to search for Jamie, but the effort proves ineffective. Jamie reveals himself to Grey, drawing Grey's own sword and holding it against him. Revealing that he recognized Grey as the boy who tried to kill him at Corrieyairack, Jamie reminds him of his promise: to kill Jamie, once his life debt was discharged. Grey declines to do kill, declaring that he would never kill an unarmed prisoner.

Afterward, Jamie confides to Grey about the significance of the white witch and why he escaped in the first place, but when Grey asks about the treasure, Jamie says he found no treasure save for one small jewel, which he gives to Grey.

Grey and Jamie begin to strike up a friendship, to the point where they each confide in the other about their past lives and loves. Jamie tells Grey about the deception that he and Claire had played against Grey, that long ago night during the Rising; that Claire had been Jamie's wife, not some hapless woman in danger of assault. Having shared his own experience of losing a loved one, Grey, who has fallen in love with Jamie, places his hand over Jamie's, but Jamie rebuffs him.

When Ardsmuir Prison is eventually shut down and all the other prisoners are being sent to the colonies to serve an indenture of 14 years, Grey tells Jamie that, being unable to give him his freedom, he has arranged for him to be sent to England to serve his parole with a noble family. Jamie parts from his men, unable to even say goodbye to Murtagh.

As they approach Helwater, Jamie asks Grey why he didn't send Jamie with the other prisoners. Grey responds that this is the best he was able to arrange for Jamie, in repayment for sparing his life all those years ago; not for his family name, but for his own.

Meanwhile, in Boston Claire and Frank's marriage proceeds in parallel, each leading largely separate lives; Claire focuses on completing medical school to become a surgeon, and Frank takes a mistress. After his indiscretion is almost exposed at a party for Claire's graduation, she suggests that they file for divorce so that Frank can have his freedom, but he refuses for fear that he would never see Brianna again. Several years later, after Brianna graduates high school, Frank says he wants a divorce and wishes to take Bree with him to England, but Claire firmly and angrily refuses.

After a heated argument, Claire admits that she would never have forgotten Jamie, even without Brianna as a constant reminder. Frank, heartbroken, takes the car keys and storms off into the night. Claire takes a call from the hospital and agrees to come in to perform an emergency surgery.

At the hospital, after her patient's surgery is complete, Claire's friend Joe tells her that Frank has tragically died in a car accident. While sitting next to his body with tears in her eyes, Claire says to him that she did love him, and that he was her first love. 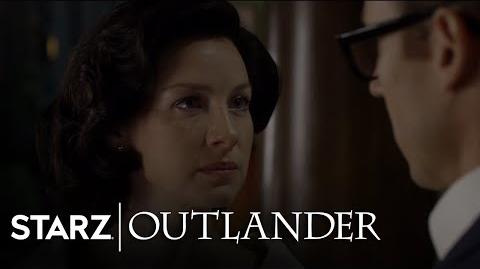 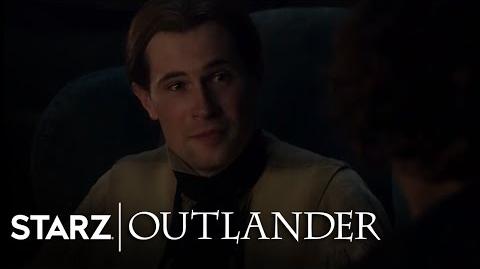 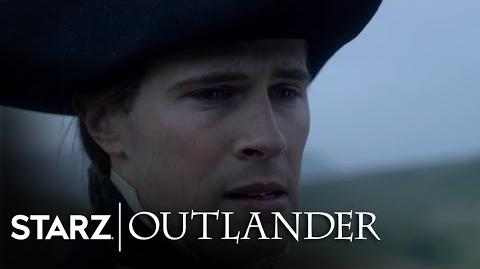 Outlander Inside the World of Outlander Season 3, Episode 3 STARZ